ITR On the Go: October is TNA-WWE Comparison Month 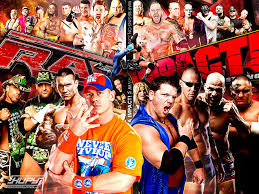 Last week, I sat down late in the evening on a Sunday and wrote a column following TNA’s Bound for Glory for this spot. While I’m happier to be writing earlier this week, in all honesty, I’ll be sitting down at about 10pm local time again next week to write a column centered around the upcoming Hell in a Cell pay-per-view. The time I start writing is about the only thing those columns will probably have in common because the contrast between Bound for Glory and Hell in a Cell is staggering when you think about it, even from the perspective of a wrestling column.

Think about it: Last week, I was writing about one of the important promotions in the United States’ biggest show of the year. TNA should have put out its best possible matchups, had its biggest crowd, and heard its most vocal fans of the year. It should have felt like a major event–and sometimes it did.

Meanwhile, this coming Sunday is Hell in a Cell. This particular pay-per-view was established in 2009 as a way to replace No Mercy and after several massive marketing pushes, a tie-in to an iconic match type, and appearances by The Undertaker at a non-Big Four ppv, it has managed to ascend all the way to “Sort-of-relevant B-level pay-per-view.” Yes, there are more than a few matches of interest and there are a lot of reasons to be excited about the direction the product as a whole is headed. But if you get a general sense of malaise from me here, you’re reading this correctly.

It’s going to be a good ppv–in fact I plan on watching–but not only does Hell in a Cell not exactly carry the same gravitas as Wrestlemania, or Royal Rumble, or even Survivor Series, I just get the feeling that a lot of people share my sentiment that this is going to be looked at as more “much ado about nothing” than “era defining pay-per-view.”

The entire event feels like the set-up to something else. It’s almost like if a film was made, given a prequel, but had the prequel released first anyway. A couple of years from now, there’s the very real possibility that we look back fondly at this event as the seed of something better, we will never look at this as this as the payoff for anything because nothing of consequence has been set up to be paid off.

The end of the tag team tournament seems to be resulting in multiple tag feuds; however, this is the beginning of that, not the end. Big Show vs Sheamus is is a nice feud, but even if this is the pay-off  to a short term feud to bridge the gap between more relevant programs for both men, nobody is going to buy this pay-per-view for Sheamus-Big Show. Kingston-Miz is a fairly intriguing rematch, and Orton-Del Rio has potential to at least be entertaining for what it will be, but the only match anybody is really talking about is Punk-Ryback, and even if there’s a title change (I’m still up in the air regarding what I think will happen), that would just be the set-up to a bizarre three-way feud between Punk, Ryback, and Cena, heading into Survivor Series.

So yeah, Hell in a Cell will probably be a reasonably solid pay-per-view with some nice matches that amount to nothing more than backdrop in the grand scheme of things.

It’s funny, then, that they seem so easily comparable and seem to set up to both be roughly C-grade pay-per-views. And while there might be room to talk about Hell in a Cell somewhere on some other site, this is the one time of the year where it is fair to compare WWE and TNA.

This is the only time of year TNA is on a level playing field. It’s unfair to compare anything anyone else does to Wrestlemania simply by virtue of the comparison being made against Wrestlemania. TNA needs a boost for the comparison to be fair, and October is when that boost comes. In this case, the question is “how does a b-grade WWE show stack up against the premiere event of TNA?”

It’s not exactly the friendliest picture. TNA might talk a big game and all, but at the end of the day the fact remains that their premiere event of the year is only at least as interesting as a WWE event that means next to nothing.

They can move to any night they want, have shows wherever they want, and sign whomever they choose. Over the last year or so, they’ve done a good job doing that–and have even begun cultivating an identity of their own, though what that ultimately is is anyone’s guess.

Still, when you think about it, it’s a rather jarring shift. This week should feel like more of a drop-off than it does. Last week was the biggest night of the year for TNA, but there’s arguably more anticipation across the board for a mid-level WWE show that will ultimately amount to…well to not much.

– As of filing this column on Sunday, no US Title match has been announced. That’s just as well, because they haven’t built to anything for a match to mean anything to me. I’m a huge Antonio Cesaro/Claudio Castignoli fan, but he’s clearly in a holding pattern with the US Title. I guess that’s okay, but if you’re trying to make your midcard belts more prestigious–like WWE clearly seems to be doing–it seems like you’d want Cesaro to at least have a bit of ppv appearance momentum heading into November and the last of the Big Four. That’s actually a great place to segue into my next Quick Hit because it’s not like there aren’t still people on the roster not doing anything right now. Including but not limited to…

– The 3 Man Band. PWI Writer and Friend of the Show Kevin McElvaney lamented this week on Twitter that 3MB either needs to gain traction or go away. I agree, especially because I think all three guys are far better used in some other capacity. I think Mahal, in particular, is misused to the extent that it has to border on criminal. Give these guys a feud–either together or separately against other individuals–or get them back off tv. I mean really, what kind of gimmick is this? Three jobbers interrupt matches people already didn’t care about for eternity? That seems like a monumental waste of time and talent, which is sad in its own right, but it also leaves me fearing that…

-WWE might be trying to build its card from the middle instead of from the top down. The middle is developing nicely and the bottom kind of sort of has direction, but the top is a muddled mess. That’s the exactly opposite of how you’re supposed to build a card.

None this week. Get your own.

None. Listen to your radio.