WWE’s Market Oversaturation Leaves Nobody in a Good Spot 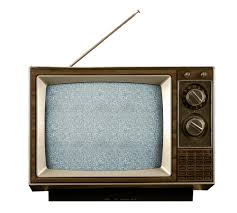 Hi I’m from WWE, and I’d like a minute of your time. Actually, I’d like between 510 and 690 minutes of your time depending on if this is a pay-per-view weekend or not. You see, we’ve added more programming to our already staggering air block—even though our entire experiment where we made Raw three hours long seems to be a miserable failure. Our ratings are slumping and we need eyeballs. So why not invest a little time in our product; you are a fan, aren’t you?

I could see that pitch being made to me, or to a colleague of mine, or one of you—the legions of wrestling fans. All of the above is true. Raw’s ratings are in the toilet; WWE needs viewers; WWE has added more programming. Personally, I can’t blame them for being desperate. They need to make up the raw numbers of eyeballs they’re losing from show to show, and they need to do it quickly. People in the wrestling business have to struggle for viewership and dollars (as anyone with a wrestling radio show will tell you), and even the behemoth WWE is no exception.

Why, then, are they asking their otherwise dedicated viewers to make such a staggering commitment? On a given week, were you to attempt to follow all pertinent WWE programming, you’d watch between 8.5 and 11.5 hours of wrestling a week depending on if that week is also a pay-per-view week. That number of hours is absurd.

Forget the actual number of dedicated hours to television and Internet television for a minute, and try fathoming how difficult it even has to be to attend a taping anymore. If you, like me, live in Chicago, Raw starts at 7pm. There are matches before the show, so you’ll need to get there and be in the building no later than 6pm. That means you’ll need to leave your house no later than 5pm—good luck getting out of work no later than 4pm. Oh, did you know there are matches after the show too? Yep…there are. Then they’re taping another show after that. You’ll be lucky to be out by 11pm.

Yep. You read that right: WWE now expects fans to put in more time than they’d put in for a NFL football game, and to do so on a weeknight.

Live on the Pacific Coast? You probably aren’t going to stay for the late matches, or are going to show up half way through Raw. Live on the Atlantic Coast? Have fun getting home at 1am on a weeknight. And get ready to be bombarded with WWE programming every subsequent night.

It’s too much. The sheer amount of programming we’re being asked to take in is absurd and impossible to get through. It’s no secret that the “Three Hour Raw” experiment is a miserable failure. Week after week ratings slip as the time drags on, and writers across the Internet are lauded for decrying yet another episode of Raw that would be great if it didn’t feel like such a grind.

Are you a fan of WWE on television? You’re now being asked to dedicate at least an entire work-day worth of time to WWE programming every week. Tack on an additional almost half-day if it’s a pay-per-view week. You need to watch to keep up, but it is beyond unreasonable to expect someone to watch 8.5 hours of programming a week.

WWE is the focus here because they’re by far the biggest offender of market oversaturation. Their stars are forced into being on parade every week. The staggering amount of broadcast hours they need to fill renders any sort of building utterly useless. That’s perhaps its biggest problem. Filling at least 8.5 hours of programming is difficult in and of itself–WWE is trying to do so with more than 3/4ths of their roster underdeveloped. While they do seem to be taking steps toward that now, as discussed over the previous week, building your midcard takes time. It’s simply not a shift that happens overnight.

If feuds that feel like they shouldn’t be stale yet, you’re on to something as a perceptive fan. What would have been enough air time to make a feud last a year or more in the 80’s and 3-4 months in the 90’s is enough to build from one pay-per-view to the next today. Of course we’re sick of seeing [Insert Wrestler Here] take on [Insert Opponent Here]; WWE’s own glut of air time necessitates that we’ve seen all of it before, or to put it in terms of the Barenaked Ladies, it’s all been done before.

Even if you don’t get that, or you don’t think dedicating that kind of time to wrestling in a week is unduly difficult, it’s undeniable that the entire topic of discussion this week, be it here on ITR or elsewhere across the world of wrestling writing and radio, has been oversaturation and whether or not we’re reaching that stage in wrestling programming. It may have started with a discussion on whether or not monthly pay-per-views are too much, but it’s clear that the problem is viewed as much more far reaching.

Ratings are slumping for more than WWE, they’re slumping across the board as TNA, RoH, and local Independent promotions with television deals attempt to take up space here and there in a marketplace that is already overfilled just from one promotion.

We as wrestling fans are put in an impossible position. And unfortunately, it seems like a long road out.

– Kelly Kelly was released this past week. Where will WWE find a replacement for her that is both attractive and on-par with her wrestling skills? Might I suggest they take a short trip to neighboring Norman, Oklahoma, and see if they can pick up a top tier OU sorority girl, of if they want to stay in town, hop on over to the local strip club Night Trips. I guess it really doesn’t matter, since nothing in the history of the WWE Divas was hotter than “Super Stacy.”

– If Evan Bourne never makes it back, what will he be remembered most for? I hope it’s for jobbing in his hometown.

– I’m worried this last season of “The Office” is going to be a disaster.

– Shame on Nickelodeon for continuing to promote Jason Biggs’ new TMNT series. In addition to being a disgusting, misogynistic, hypocritical pervert who gets his jollies off tearing down women he feels threatened by and talking about semen while simultaneously promoting a kids show, it’s also a really terrible re-boot and never should have been green lighted in the first place.

Ray Bogusz is the co-host of the In The Room Show and a syndicated wrestling columnist. You can reach him via his Twitter @wrestlekingray. To get his column on your website, email intheroompodcast@gmail.com.